How are genetic causes of male fertility diagnosed?
If analysis of a semen sample shows that a man has no sperm cells or very few sperm cells in the ejaculate, the doctor will have a blood sample analysed for genetic or chromosomal alterations. 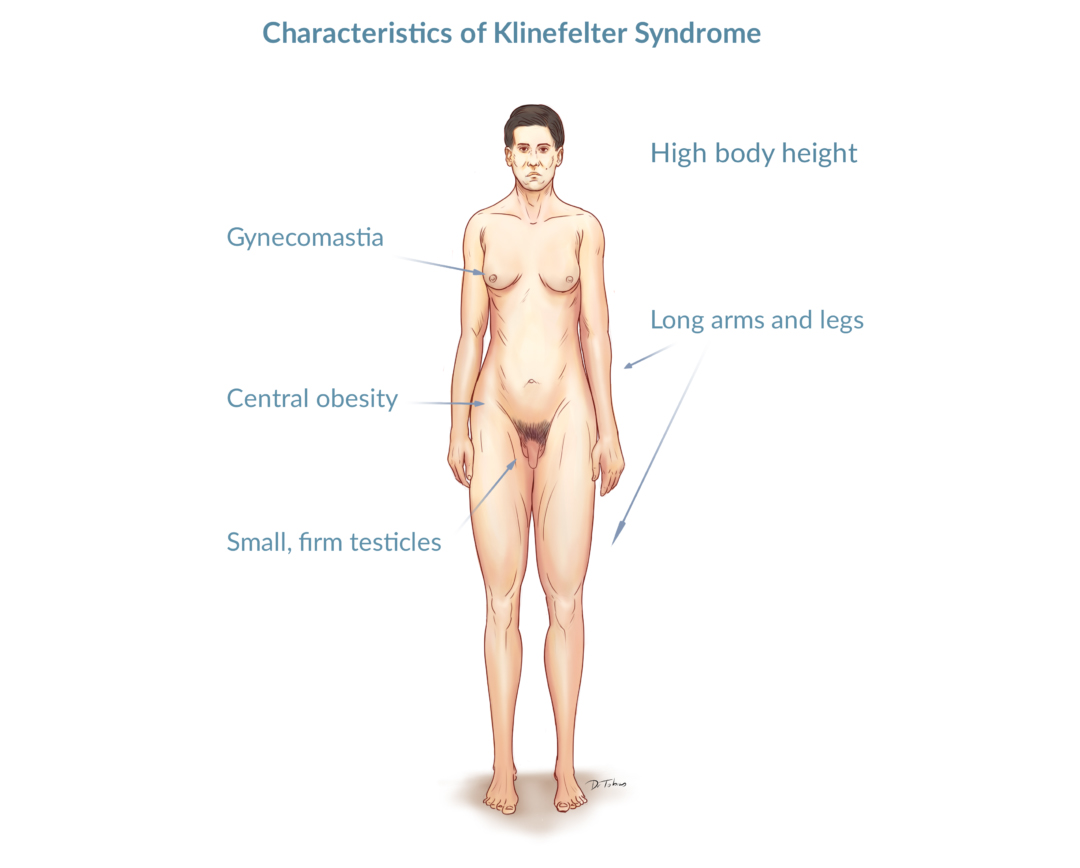 Klinefelter is a chromosomal disorder. Rather than having 46 chromosomes, including the two sex chromosomes X and Y (46,XY), boys and men with Klinefelter syndrome have an additional X chromosome (47,XXY).

If a man with Klinefelter syndrome wants to genetically father a child, a procedure called testicular sperm extraction (TESE) can be used to take out sperm cells directly from the testes. Via another procedure called intracytoplasmic sperm injection (ICSI), a single sperm cell can be injected directly into an egg. The fertilized egg is transformed into a proembryo and then transferred to the female partner’s uterus.

Lack of one or more AZF regions, called AZF deletions, is a relatively common genetic cause of infertility in men with no or only few sperm cells in the ejaculate.

If a man lacks the entire AZFa region or the entire AZFb region, he is unlikely to produce any sperm cells. This is also the case, if all three AZF regions are deleted. 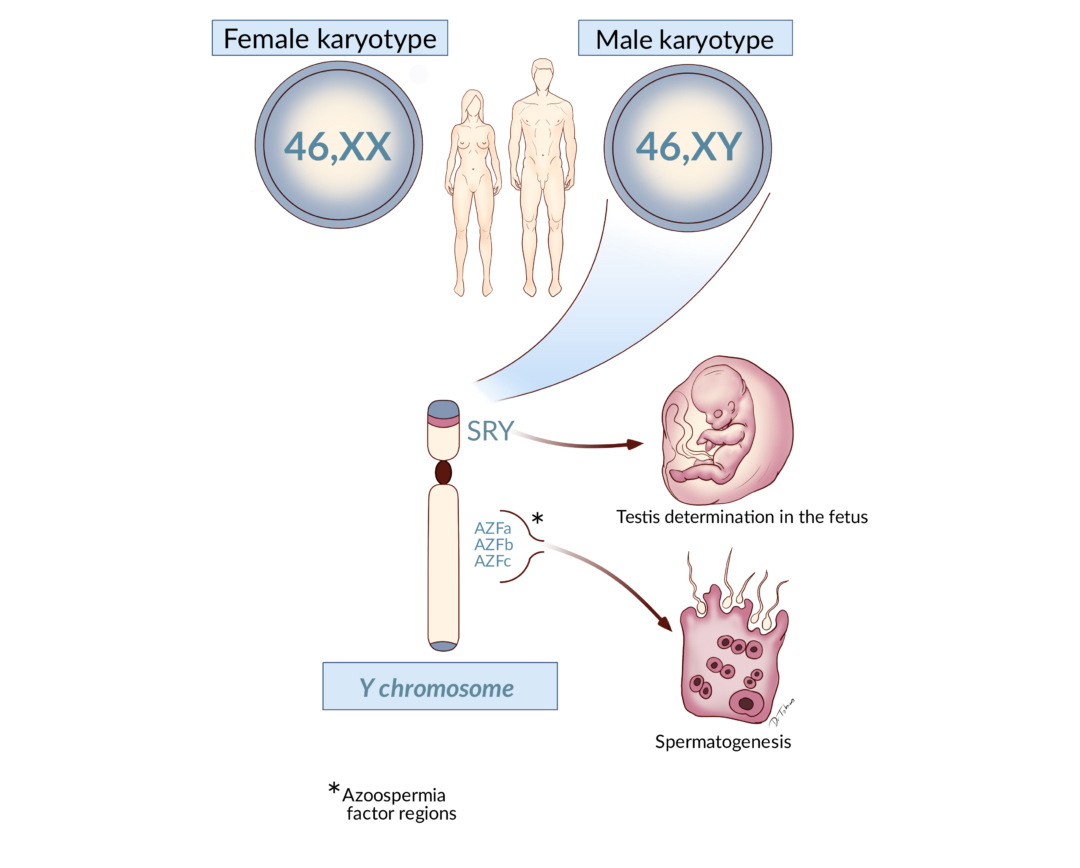 Men who have a specific partial deletion in the AZFc region, called gr/gr deletion, might have a reduced number of sperm cells in the ejaculate. However, other men with the same deletion can have normal sperm production.

Men who are infertile because of an AZF deletion might still be able to genetically father a child, if there is some degree of sperm production in his testes. Via a technique called testicular sperm extraction (TESE), viable sperm cells can be extracted directly from the testes and used for in vitro fertilization.

Obstructive azoospermia is the situation where the transport of the sperm cells away from the testes, through the epididymis and via the vas deferens and ejaculatory ducts and the urethra is blocked, resulting in no sperm cells in the ejaculate.

Mutations in the CFTR gene cause congenital bilateral absence of the vas deferens (CBAVD). In addition, the epididymis is malformed and the seminal vesicles, which are involved in the production of seminal fluid, are absent. Consequently, the sperm cannot be transported away from the testes.

Since sperm cells are produced in the testes, a man with obstructive azoospermia can become the genetic father of a child, if procedures are used to extract the sperm cells directly from the testes or the epididymis.

A man with mutations in the CFTR gene has the risk of getting a child that carries the CFTR gene mutations. Therefore, he and his partner should be offered genetic counselling.

This site uses cookies to manage navigation and other functions. By using our site you consent to the placement of this type of cookie on your device. more information